October 7-9, 2016 | Taking a sewing class in Spain was both more difficult and more satisfying than it would have been in the States.

“You live a new life for every new language you speak. If you only know one language, you live only once.” – Czech Proverb

I speed-walked down the street, breathing hard. Having jogged from the subway for 10 minutes or so, I was sweatier than I would’ve hoped, but there was no changing that now. I spotted the sign outside of the sewing shop from about a block away: “Tete Café Costura” had been painted in stylized white font directly above the bright red doors. Tete – the owner of the store – noticed me hustling her way, and opened the door, smiling. “Buenas,” she said, and I replied with a quick “Disculpe” for having arrived several minutes late. “Good thing we’re on Spanish time!” I thought to myself.

Before arriving in Madrid in early September, I decided that I wanted to re-learn how to sew. For some reason, I found myself determined to produce a wearable shirt, so step one would be acquainting myself with the modern sewing machine. After searching around on the internet for a bit, I came across Tete Café Costura thanks to some positive reviews from an expat blogger. When I discovered that Tete not only taught her students to sew, but also served them tea and/or coffee, I was sold. 75 euros later, I had committed myself to a 3-day, 7.5-hour sewing workshop.

One of the most beautiful things about living in Spain is that, unsurprisingly, nearly every activity requires speaking Spanish. Simple tasks like going to the grocery store, enrolling in an educational course, or attending a sports practice gain a layer of novelty and excitement that wouldn’t exist otherwise. Sewing class is certainly no exception! 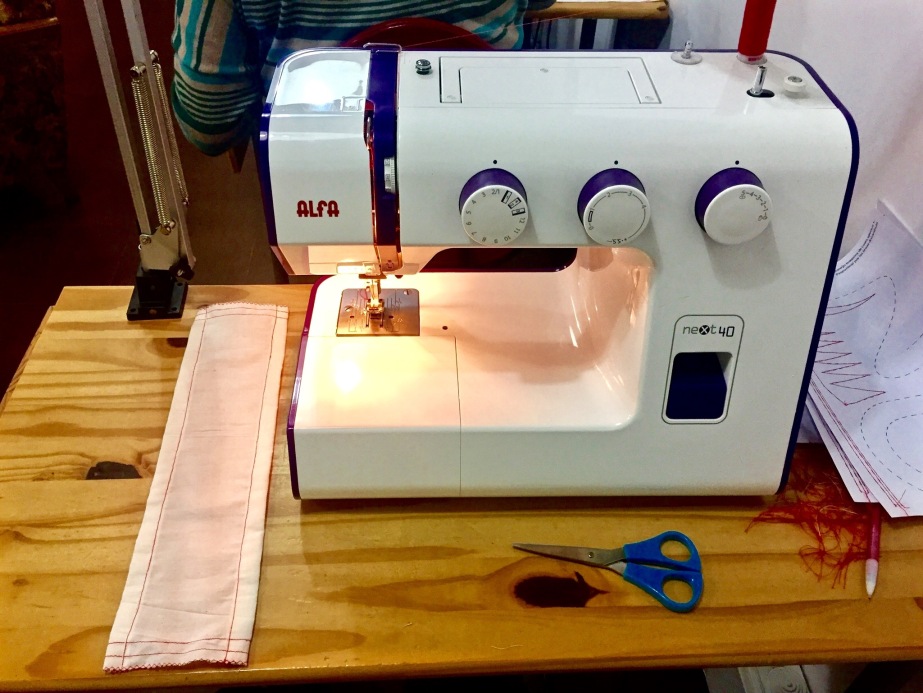 As soon as Tete began explaining the anatomy of the sewing machine, I found myself immersed in both Spanish language and sewing language simultaneously. Between her banter with the other ladies in the class and her detailed descriptions of sewing methodology, I was scribbling down unfamiliar terms almost as often as I was actually sewing. After all, words like hilvanar (to tack), enhebrar (to thread), and alfilerar (to pin), rarely make their way into daily conversation.

On day two, it hit me that I was actively engaging in project-based education, an approach that I champion verbally all the time. Living abroad is so full of applied learning opportunities that it can be easy to forget that it’s taking place constantly. Foreign words wash over us every day, sometimes cementing themselves in our knowledge base and other times simply familiarizing us with the tricky Castilian accent. In this case, instead of sitting in a Spanish classroom memorizing verbs from a book, I was living them; I carried them out with each pumping of the foot peddle and threading of the needle.

My main takeaway of the weekend was this: Learning a new skill – in a new language – is doubly rewarding.

And when the final product is a cute tote bag featuring happy little trains and triangles, that’s not too bad, either  ;) 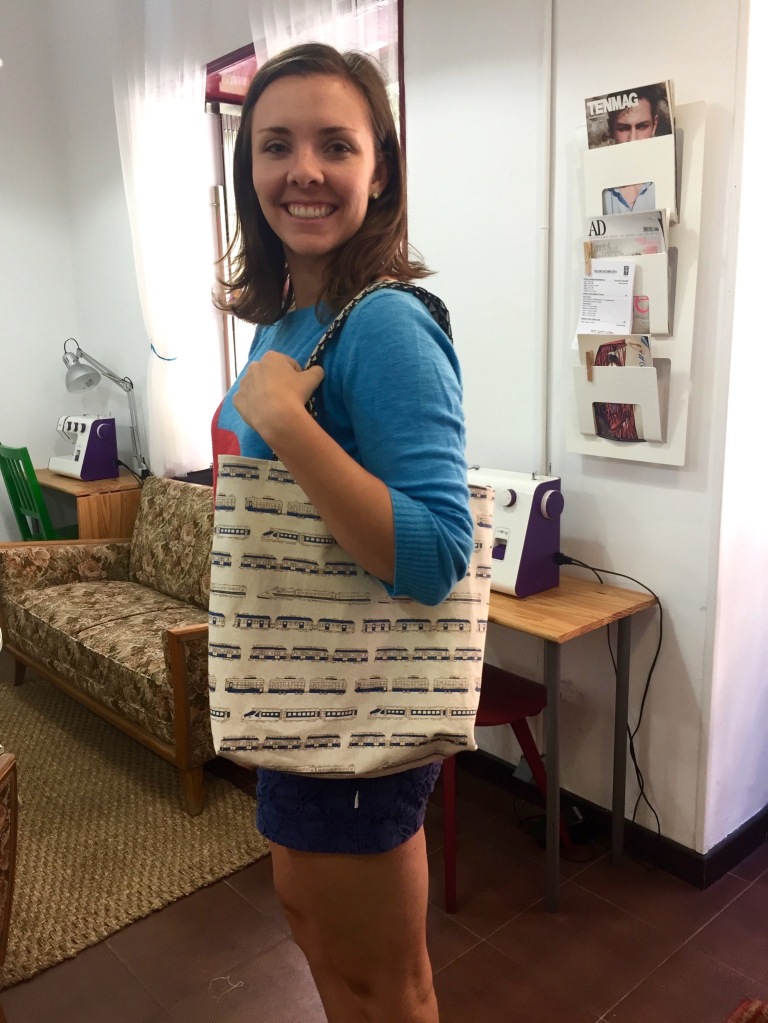