July 28–31, 2017 | At the beginning of my two-week Euro trip with my brother, we met in the Vienna airport on a Friday afternoon.

I landed first and made my way to Zach’s gate to wait for him. When I saw people exiting the gate, I went to stand by them, only to discover I walked right by Zach, who was a mere 5ft behind me.

Anyways, we were off to a good start. That afternoon we checked into our hostel and walked around Vienna so that Zach wouldn’t fall asleep. We saw a live music concert outside St. Charles Cathedral and walked by impressive buildings such as the Austrian Parliament and Vienna Opera house. The architecture is beautiful and the people very friendly. Thankfully most people in the restaurants speak pretty good English! 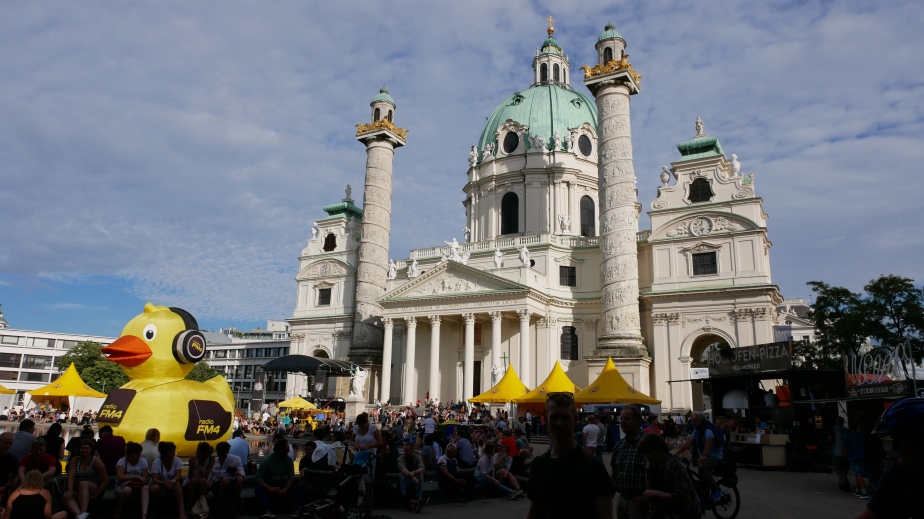 On our first full day, we ate breakfast and then hopped on the metro to go to Schonnbrun Palace, a gorgeous and humongous royal palace hundreds of years old. The palace itself was cool from the outside, but we preferred the expansive gardens on the grounds, where we delightfully strolled for almost 2 hours. 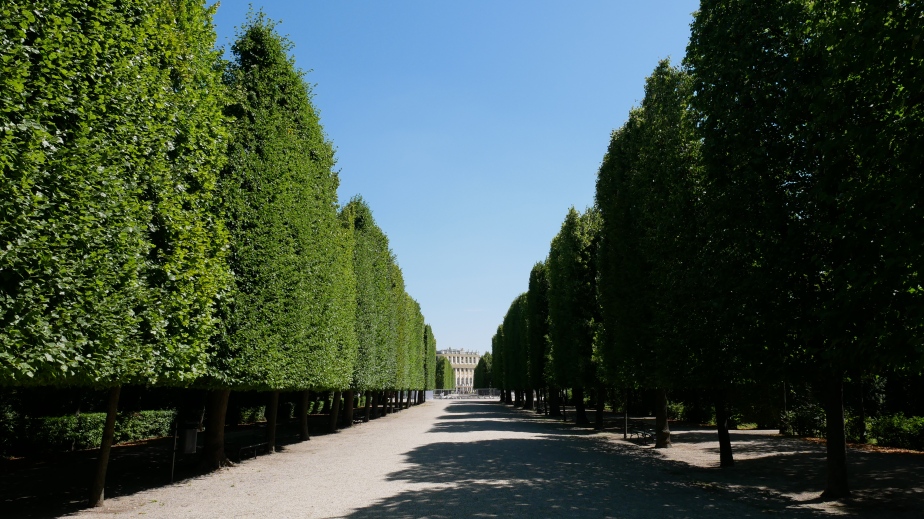 After the palace, we took the metro back to town to watch PROFESSIONAL BEACH VOLLEYBALL. Yes, we had no idea when we booked the trip, but the world championships of beach volleyball were taking place that week in Vienna, so of course we had to go.

We went to watch a few matches of both men’s and women’s teams, but the highlight was watching one American men’s team beat one of Austria’s teams on center court. Great energy in the stadium, and we weren’t too obnoxious “typical American” fans. We cheered for both teams haha.

We actually also went back the next day to watch another American men’s team beat a Paraguayan team, and after the match Zach and I were able to chat for a second with the players. Zach got a picture with Jake Gibbs, and Taylor Crabb gave me his jersey. Sweet!!! 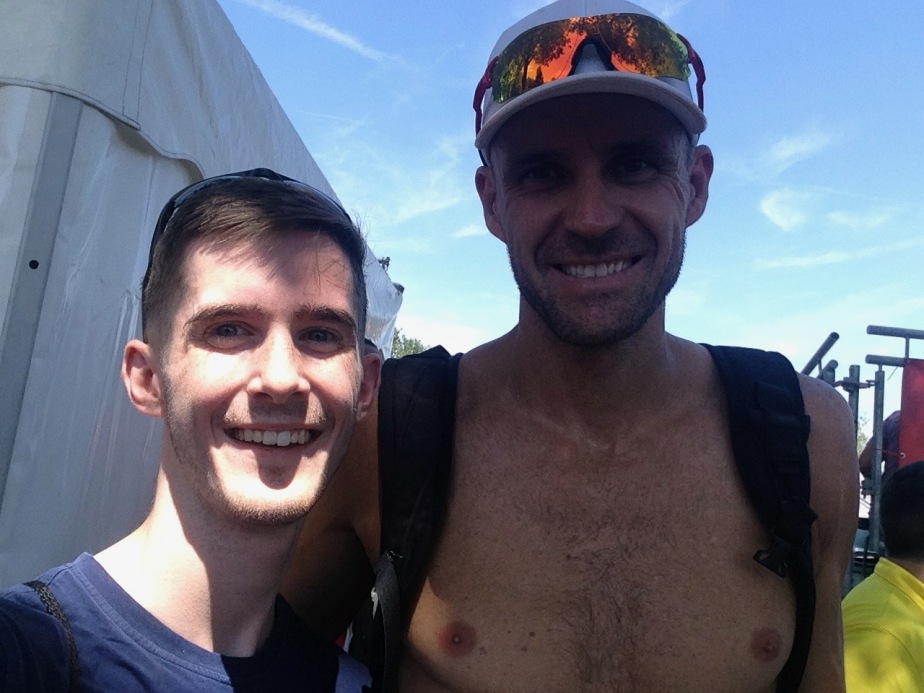 After volleyball, we kept walking around downtown and had a pastry and iced tea at a famous cafe called Cafe Central. The weather was gorgeous and Zach and I then found a park near our hostel and chilled there on the grass for a few hours just chatting and people watching. Such good fun to catch up.

The last part of the day was dinner at a Pakistani buffet. The food was great, and the interesting thing is you pay what you want. No, there aren’t fixed prices. You literally go up and pay what you want. We didn’t overeat and paid a fair price.

Our last day in Austria was spent biking around the Viennese countryside!!! We were part of a group of 18, with people from India, Ukraine, Poland, Australia, England and America. I’m happy to report that we proved to be “expert” cyclists, never falling/crashing. The temperature was in the 90s so we used lots of sunscreen and sweat through our shirts… although we took a quick dip in the Danube river on the return voyage to cool off!

Overall, Vienna was a great city to start our adventures, and we headed to Bratislava by bus for a quick day in Slovakia.