July 23-24, 2016 | Over two days, we visited lesser-known Incan ruins, attended a community event, and stumbled upon a cozy, 3-story café. 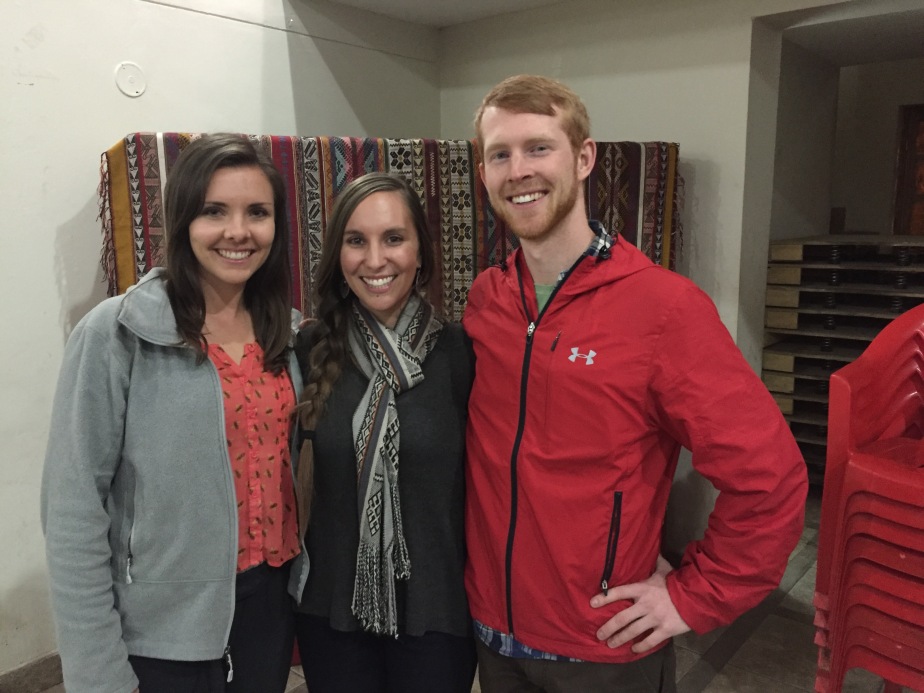 We made our way to the small town of Ollantaytambo on Friday evening after seven hours at Machu Picchu. Our hostal, called Hostal El Tambo, was strategically located just a few blocks from the main plaza. We meandered through narrow streets and into its large, welcoming courtyard, which featured tall plants, frolicking kittens, and a wooden concierge desk.

As soon as we checked in and secured our bags behind the bright blue doors of our second-floor bedroom, the owner, Paula, suggested we dine at her husband’s restaurant. Luis, their 10-year-old son, guided us to Real Panaka with quick, short steps, piping up to answer our simple questions with a shy sort of eagerness. After a dinner of pollo a la parrilla (grilled chicken), potatoes, and veggies, we felt happily full and ready to sleep.

The next morning, we explored Temple Hill, where we snapped dozens of photos of impressive ruins, city views, and llamas. On our way back into town, we serendipitously discovered a 2-week-old café where we sipped coffee and consumed a ridiculously good chocolate pastry while listening to alternative rock music.

Best of all, Tim and I had the chance to spend time with one of my closest friends from high school, Cara. After graduating from Tulane, Cara moved to Peru and began working at a textile production and youth education company called Mosqoy. The non-profit was celebrating its 10th anniversary that evening, and Cara graciously invited us to attend the event, which ended up being quite the spectacle.

Imagine a gym-like auditorium featuring two columns of chairs, with a long table splitting the room lengthwise. The native, quechua-speaking tejedoras (weavers) sat on the left, while students of the program and a sizable group of local expats sat on the right. We ended up on the left side, perched behind the weavers in their colorful hats and traditional outfits. All of us celebrated the recent graduation of the students, sang happy birthday to Mosqoy in Spanish, and enjoyed Peruvian finger foods and drinks. It was easily one of the most memorable events I’ve ever attended.

The next day, I was a bit under the weather, so Tim explored another set of ruins called The Granary while I rested. Afterwards, Tim and I packed our bags and ate lunch with Cara – at a delicious restaurant owned by one of Mosqoy’s graduates – before the three of us took a taxi to the airport in Cusco.